Inside The Grand Slam Homes Of The Highest-Paid MLB Players

Major League Baseball is the All-American sport. That profitable pastime played by those MLB super-talented players: your American sports heroes who are also some of the world’s highest-paid athletes. With such staggering salaries, that don’t include their lucrative endorsements, it’s no surprise that these all stars have chosen to live in upscale, ultra luxury homes. [Souce: Hauteresidence ]

Show Magic Mike the money and he’ll show you his talent. Mike Trout is well worth the big money, and worth any big stately home that he decides to purchase.

At one time, Mike Trout rented a rustic palace at the Running Deer Golf Club located in Pittsgrove Township, New Jersey. This palatial log cabin gives you a sense of Trout’s rural aesthetic: where he comes from, where he’s at and where he’s going.

Though you could imagine that Trout’s new residence would have an understated opulence and country-style coziness coupled with some off-the-chart, expansive entertainment areas to welcome his long time friends and family.

Kershaw currently has a seven-year, $215M deal with the Los Angeles Dodgers. That’s about as American as it gets.

In early 2015, Kershaw and his wife purchased a 5,988-square-foot residence in Studio City, California. Their home cost $4 million and has five bedrooms and five and a half bathrooms. 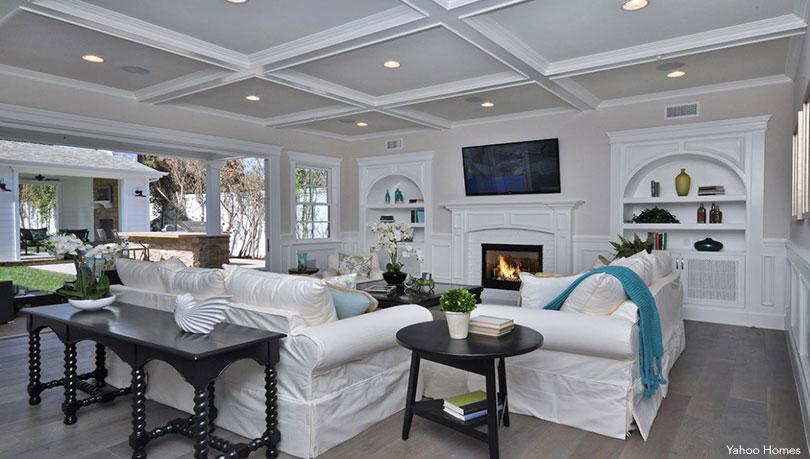 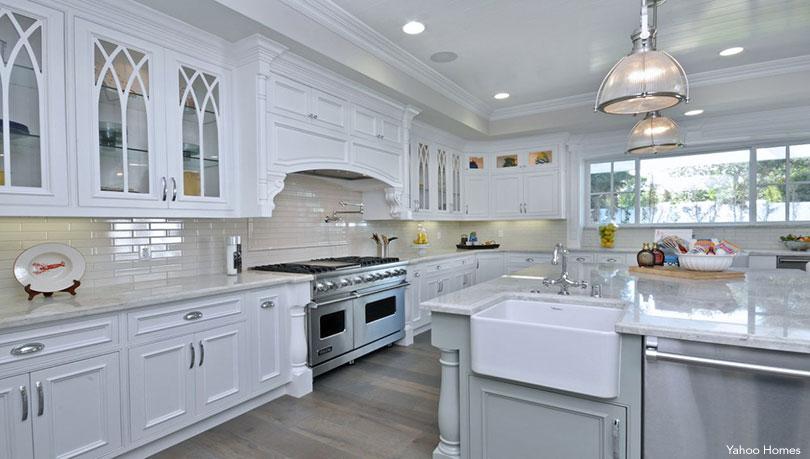 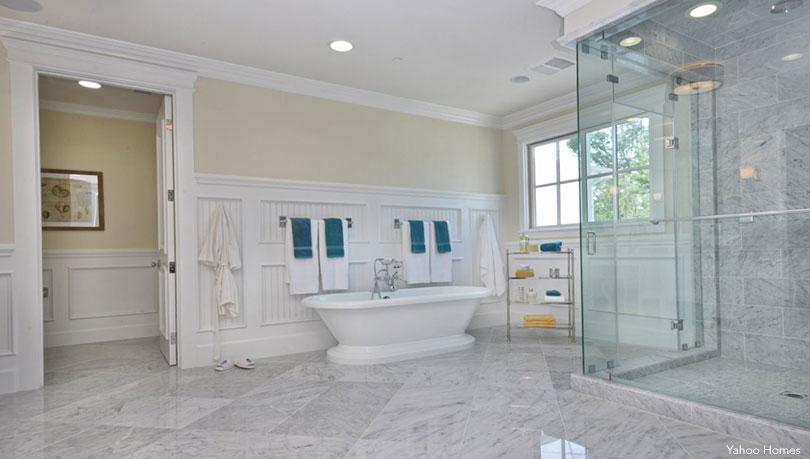 The Kershaw’s master bathroom is one of five and a half bathrooms featured in the Kershaw home. But this spacious bathroom with a glass-enclosed shower, as large as any roomy walk-in closet, simply remains incomparable to any other master bathroom. 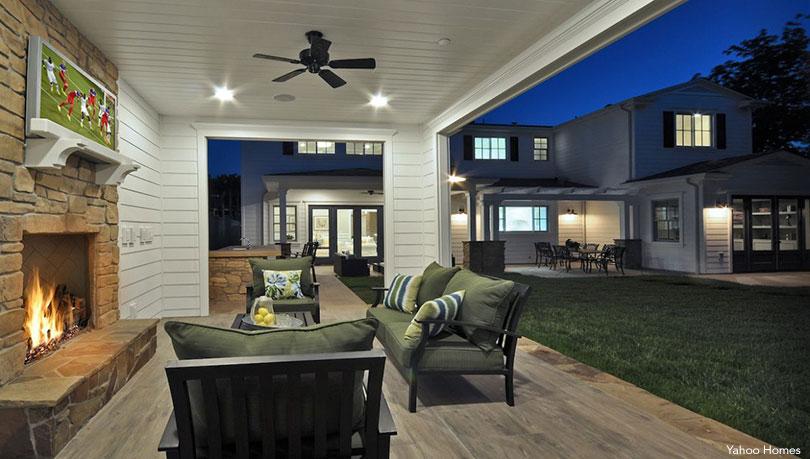 The very private, outdoor entertainment space reflects the coziness of the interior of Kershaw’s home with that brick fireplace surmounted by a large flat-screen television. Great space to watch the World Series. 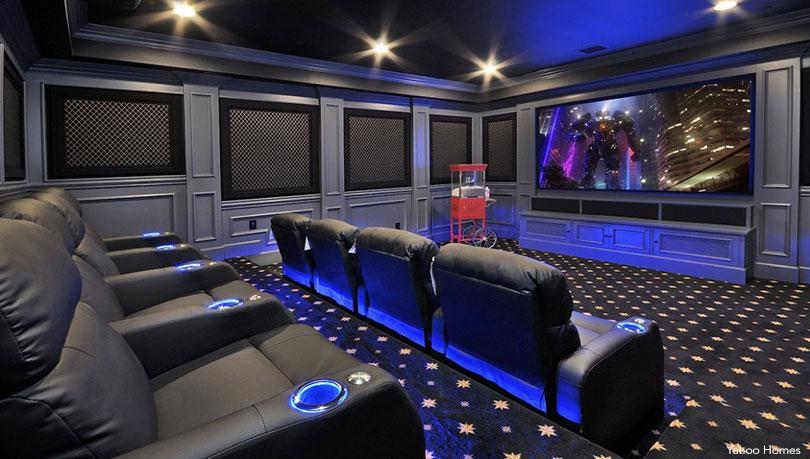 Or better yet, watch the World Series in Kershaw’s home theatre. 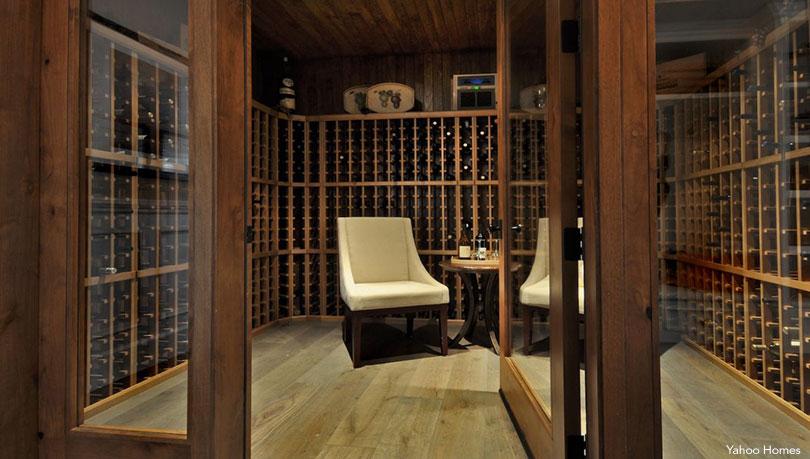 No home would be complete without a wine cellar to store the most lavish of wines. Kershaw should proudly toast himself and his success, both on and off the baseball field. There’s no success like family, friends and financial independence.

A World Series title and high-profile marriage to supermodel, Kate Upton, make Verlander as popular on the baseball field as off the field. Undoubtedly, he’s living The American Dream. 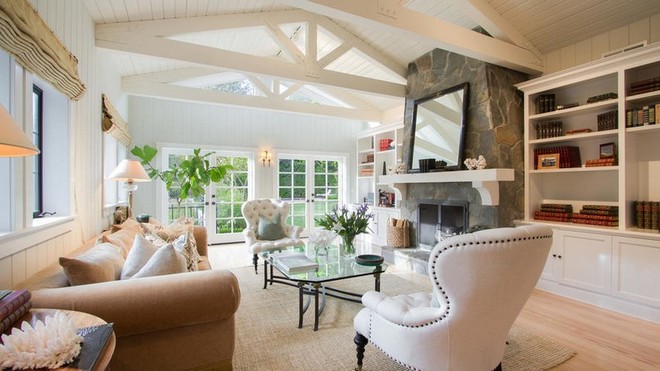 Verlander and his wife purchased a 5,706-square-foot home in Los Angeles, which was built in 1976. Their home was previously owned by some Hollywood heavy hitters, such as musician, Kenny G., who sold the house to tennis legend, Pete Sampras. According to the Los Angeles Times, this home was also occupied by former Charlie’s Angels actress, Kate Jackson. 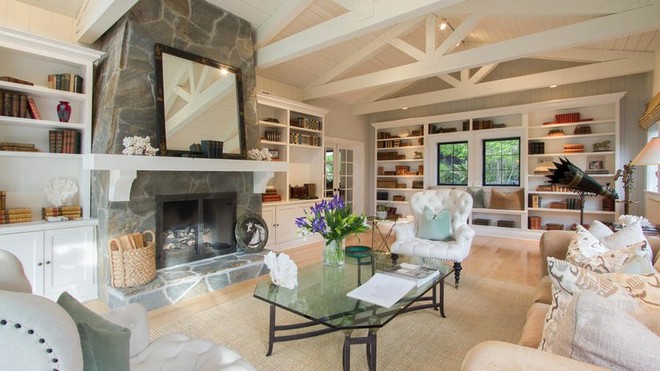 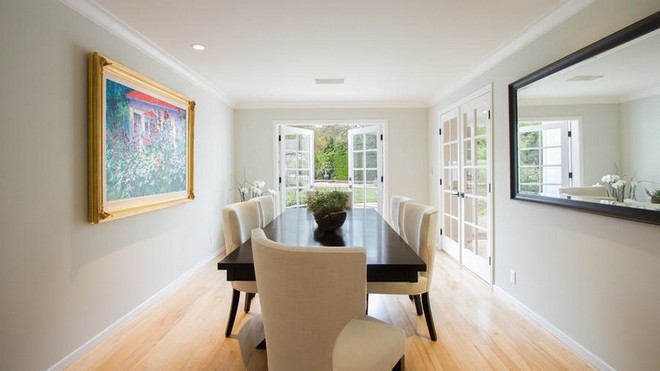 The dining area opens onto an expansive patio and lush green garden. The two sets of french doors here have long been a traditional American classic design. 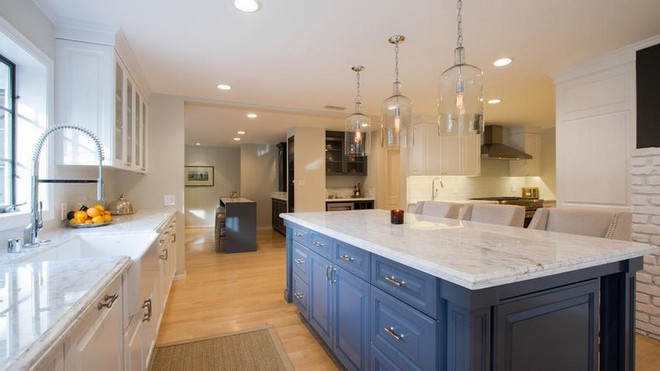 The Verlander’s kitchen has a large, white farm sink and multiple hanging light fixtures made of transparent glass and whose shapes resemble oversized upside down wine glasses. The white brick wall accentuates the white cabinetry and pale-colored oak flooring. This kitchen space also expands the zen vibe of the living room and dining room areas.

Compared to the other MLB players’ homes mentioned here, Stanton’s penthouse is in a league of its own. 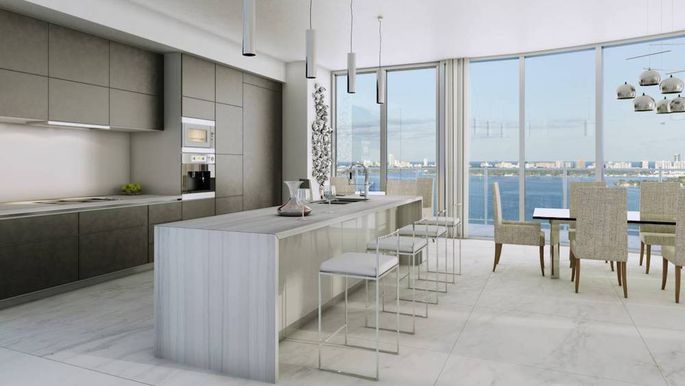 Stanton purchased this pre-construction unit at the Aria on the Bay tower, located in downtown Miami’s Arts and Entertainment District. This legendary penthouse is the MVP of upscale living.

It’s a tri-level penthouse that occupies the top floors of a state-of-the-art tower. It boasts 10-foot-high floor-to-ceiling glass windows and doors, five bedrooms, seven and a half bathrooms and a rooftop terrace with a loaded kitchen and private pool. And wait, there’s more! 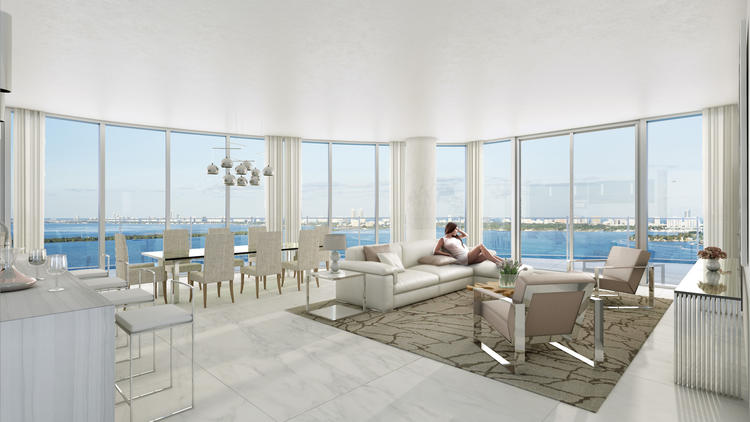 Additional features include two elevators and up to three parking spaces secured in the garage.

The living room, kitchen and bathrooms all express the white-on-white inspirational theme expressed in the Kershaw’s and Verlander’s homes. Except this luxury penthouse reflects the bachelor’s version of American inspiration. Stanton remains unmarried and the hot views from his penthouse of Miami’s blue waters and the contemporary cool interior design boast bachelorhood bigtime. 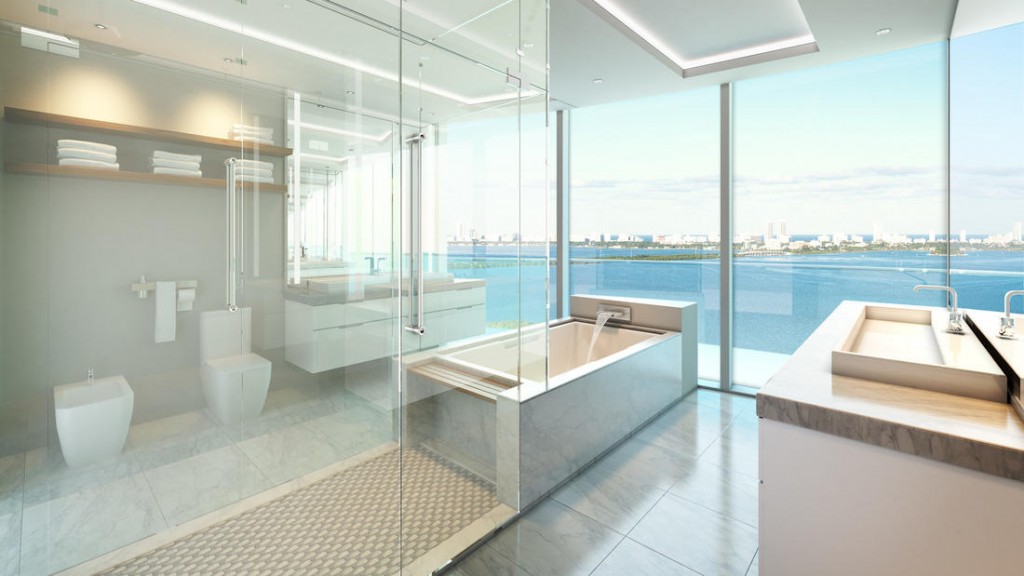 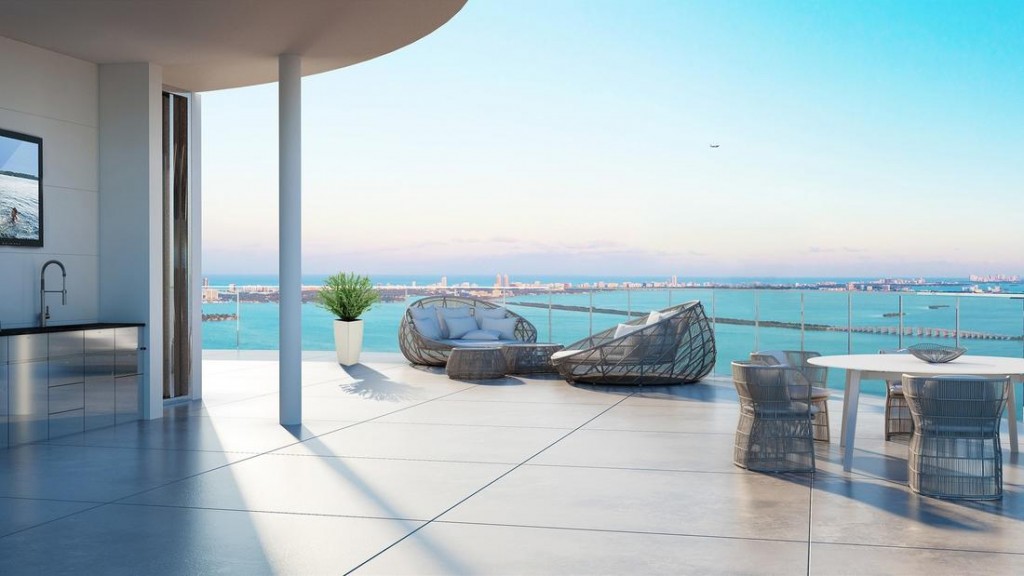 Each of the MLB players mentioned here has put the I can in AmerIcan. In the baseball novel, The Natural, there’s a line that says: “We have two lives… the life we learn with and the life we live after that.” These MLB players have, indeed, learned that hard work pays off and each is, indeed, living out his second life: a life of luxury. And as you know, the second time around is always better because it remains the sweetest of slices of the most delicious, warm American apple pie ever to be tasted.