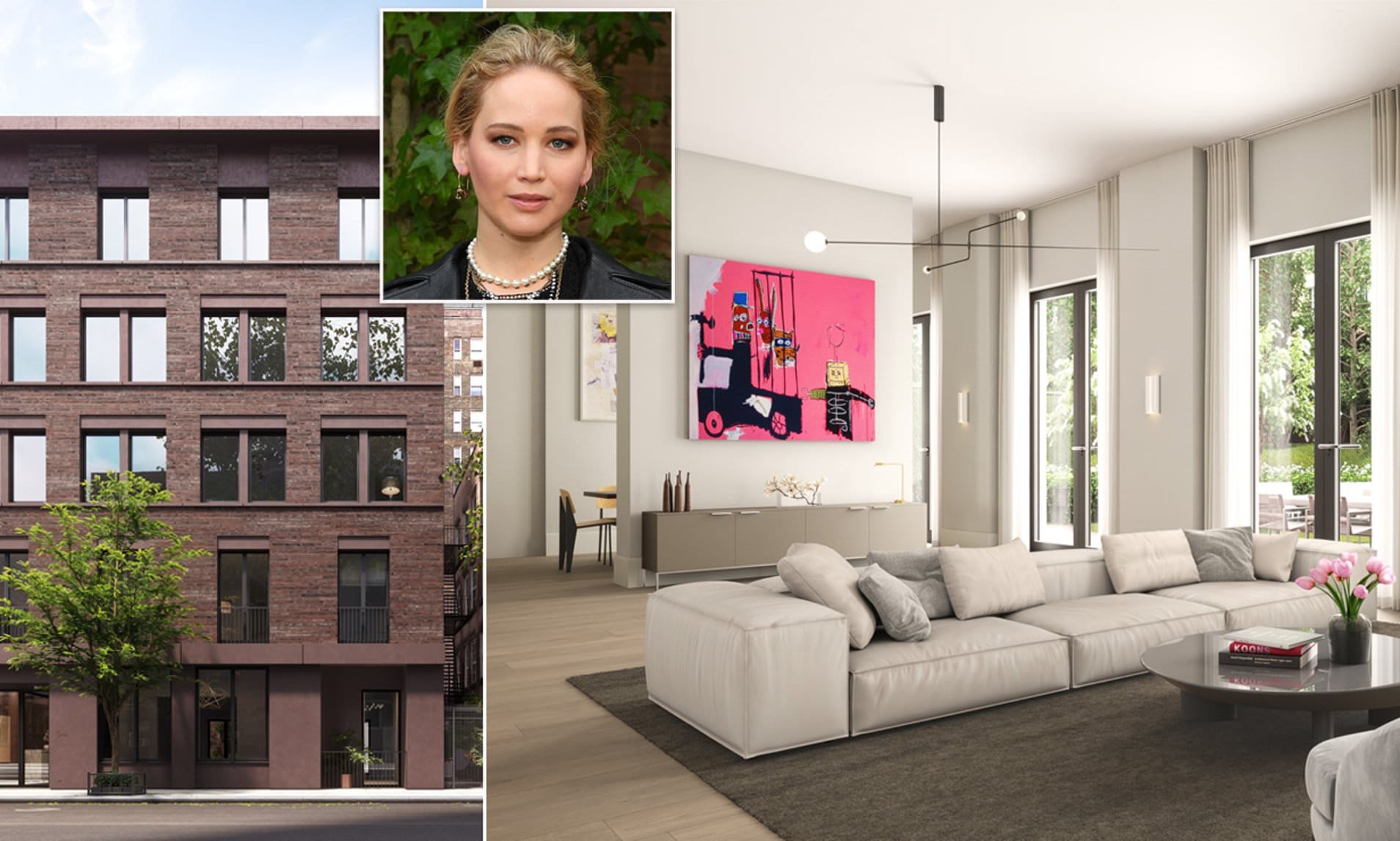 The condominium at 17 Jane Street was built on the site of a former parking garage by London-based architect Sir David Chipperfield. The seven-unit building has two duplex “townhouses,” which occupy the first two floors of the six-story project. Lawrence’s unit has four bedrooms and a 1,410-square-foot backyard designed by Wirtz International Landscape Architects. [Source: TRD]

Minskoff told the Post he was taking the top two floors, which span 9,000 square feet with a 2,000-square-foot terrace.

The building has four other units that are asking between $9.6 million and $12.75 million, according to the condo’s offering plan, while the second townhouse is seeking $26.57 million.

Lawrence’s new purchase at 17 Jane closed just as she sold her Upper East Side penthouse at a steep loss. She bought the more than 4,000-square-foot home for $15.6 million in 2016, but sold it for $9.9 million.

The actress also owns a unit at 443 Greenwich, the Tribeca building famous for its celebrity residents, though she’s previously tried to rent the apartment for more than $27,000 per month. [Source: TRD]