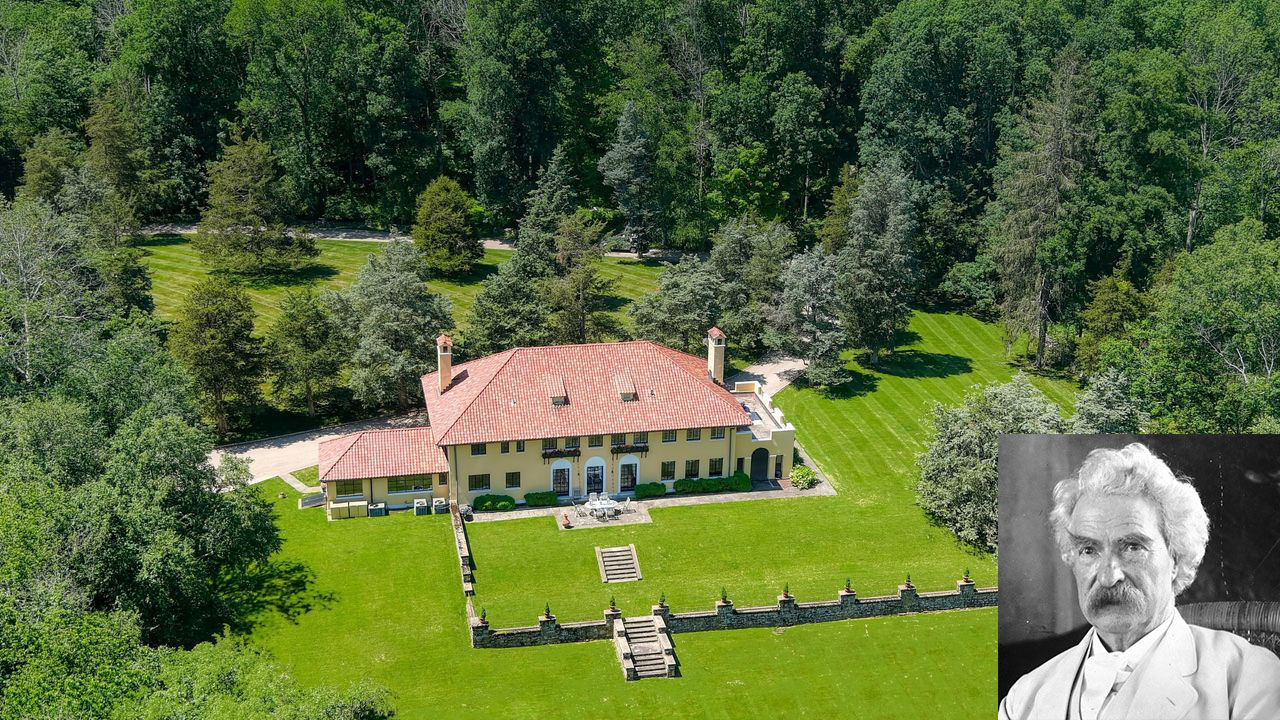 The canary-colored Connecticut estate that was the home of the father of American literature Mark Twain for the last years of his life has come to the market for $4.2 million. Twain, whose given name was Samuel Langhorne Clemens, built “Stormfield” in 1908 in the style of a Tuscan villa and named it after his short story “Captain Stormfield’s Visit to Heaven,” according to the listing with Laura Freed Ancona of William Pitt and Julia B. Fee Sotheby’s International Realty, who brought the home in Redding to the market on Saturday. [Source: Mansion Global ]

He lived there until his death at age 74 in 1910. “To some people, [Twain’s tenure is] priceless,” Ms. Freed Ancona said. “Redding is a small town rich in history, and Mark Twain’s time spent there is an integral part of the town’s legacy and many of its current affairs.”

“Since listing the house, I have received notes from fellow agents and community members commenting that this is arguably the most important home in Redding,” she added.

A fire tore through Twain’s original Stormfield in 1923 and as a result the estate was rebuilt in 1925, according to the listing.

The current incarnation of the mansion, which retained its original terraces, stone walls, stone pillars and formal gardens, spans 6,300 square feet and is loaded with period details and charm, which is what drew the current owners to the house, Ms. Freed Ancona said.

“Over the past nearly 20 years, we’ve been fortunate to interact with dozens of Mark Twain scholars and enthusiasts, which has been a rewarding and enlightening experience,” said owner Jake DeSantis, in a statement through Ms. Freed Ancona. 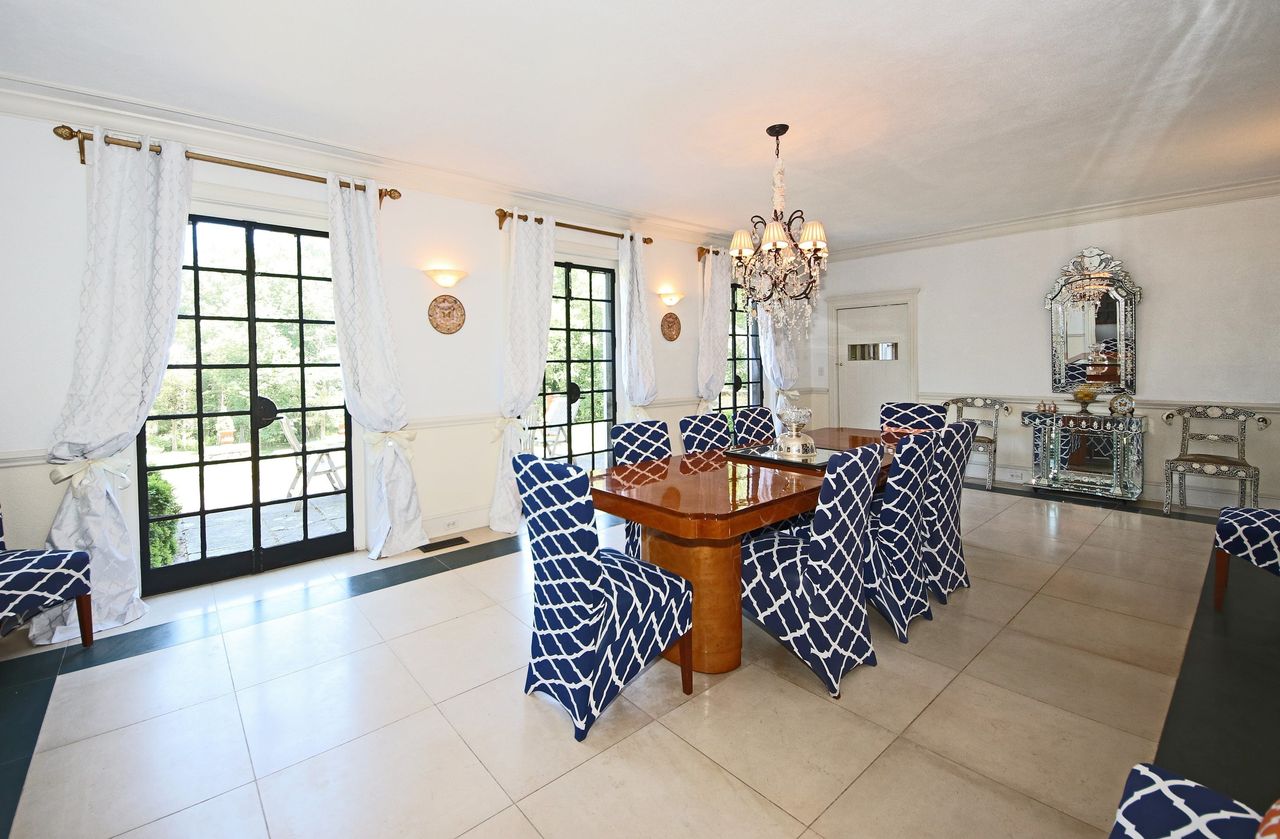 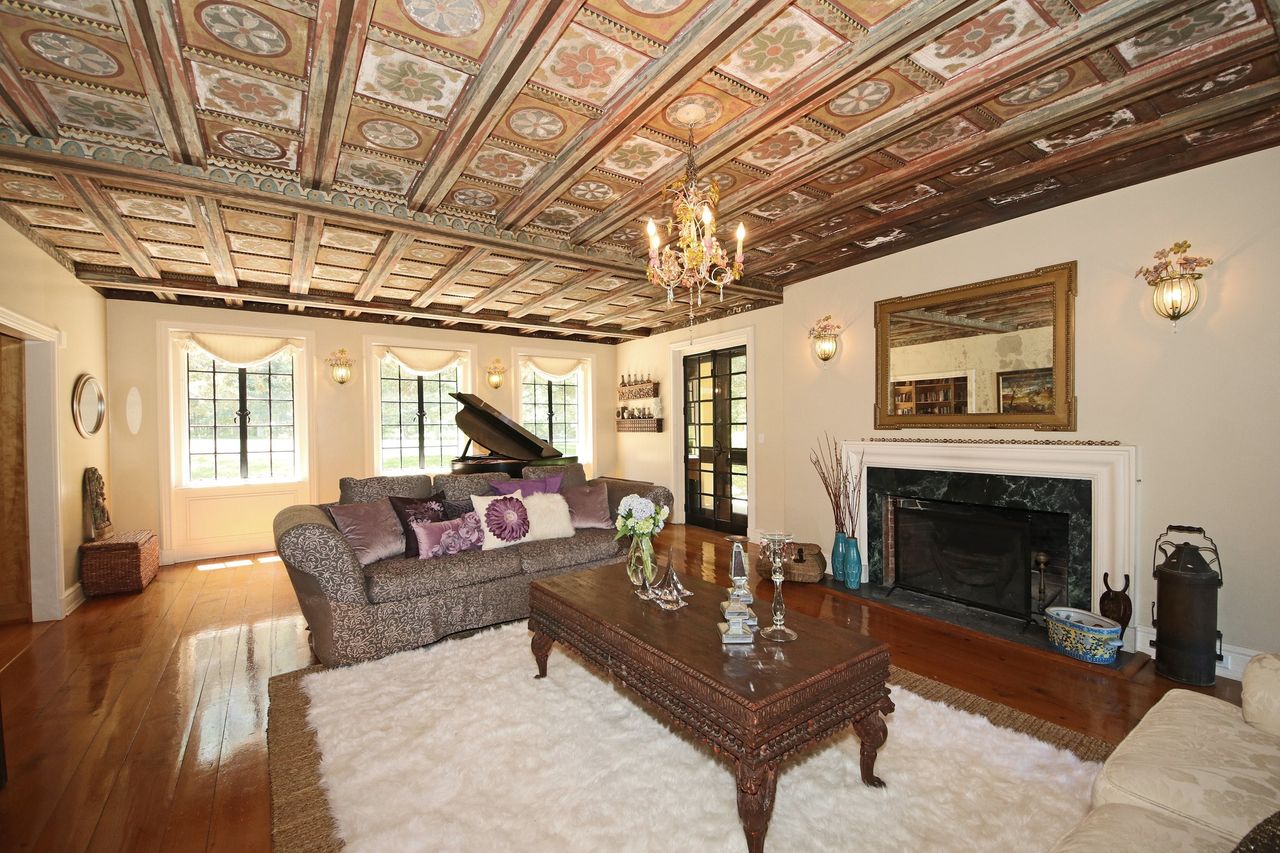 “’Twainiacs,’ as they are known, will often call the Mark Twain Library to ask the library director for an invitation to see the house and walk the property,” he said. “Living here, you instantly become part of the fabric of a rich Mark Twain community which we have enjoyed immensely and has enriched our lives in ways we couldn’t have imagined.”

The home sits on more than 28 acres, which along with the main house are home to a heated pool, a pool house and a two-bedroom caretaker cottage, according to the listing.

“I love feeling like I’m in the middle of nowhere,” Mr. DeSantis said. “Yet we’re only about 60 miles to New York City. While the house is striking, I love walking down the stone steps to the sweeping lawn, the same steps that Mark Twain would have descended. It truly is a joy to live here.” 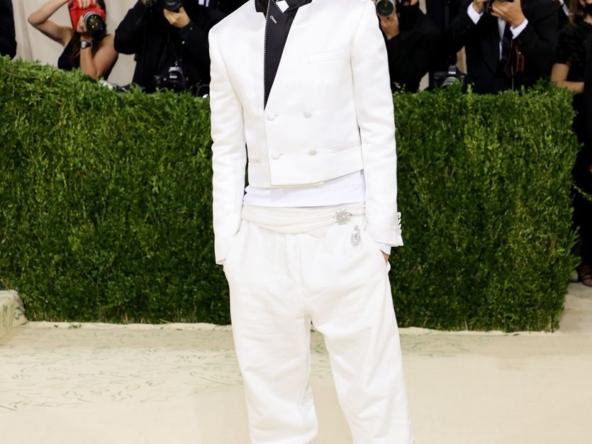 The fashion soirée of the year is here - and we have every look from the "In America" themed...
Continue reading
by admin Gloria Vanderbilt’s Beekman Place home is much like the late heiress, author, artist, and fashion...
Continue reading
by admin “Skyscraper National Park.” That is what Kurt Vonnegut famously labeled New York City in his...
Continue reading
by admin