Things to Do on the 4th of July in NYC

UPDATE: The 4th of July fireworks will be set off from the Brooklyn Bridge this year!

What is celebrated on the 4th of July?

Some of the best things to do in NYC on the 4th of July are not exclusively activities for that very day alone, but also are great activities you can take advantage of throughout the entire summer in New York. On the other hand, there are several events taking place that are specific to the 4th of July, meaning that you only have one chance to attend them! 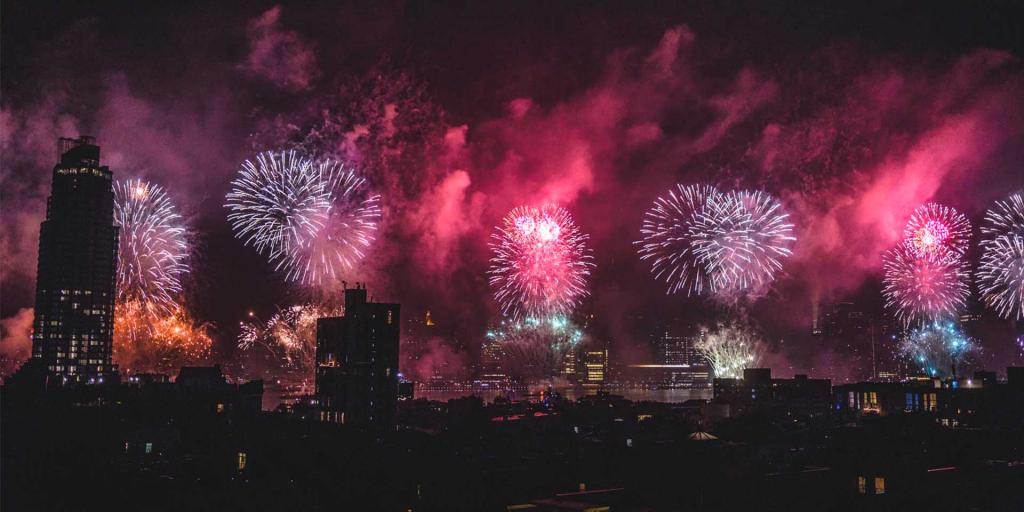 If you are spending the 4th of July in NYC, you cannot get around Macy’s 4th of July fireworks! Every year, the 4th of July in New York is celebrated by launching an amazing firework spectacular, sponsored by the well-known department store Macy’s. This year will mark the 43rd annual fireworks show illuminating New York’s skyline from the iconic Brooklyn Bridge. The fireworks in New York are the nation’s largest independence day celebration, launching more than 75,000 shells to ignite the night. This isn’t the only superlative event sponsored by Macy’s. The most iconic Thanksgiving Parade in the United States is the Macy’s Thanksgiving Day Parade in New York.

The celebration is accompanied by famed musicians. Kelly Clarkson, Blake Shelton, Keith Urban, and Ricky Martin have already performed. This year’s performers have not yet been announced by Macy’s, but we will be sure to keep an eye out to be the first ones to inform you. You can also check Macy’s official website as we get closer to July.

learn more about the fireworks 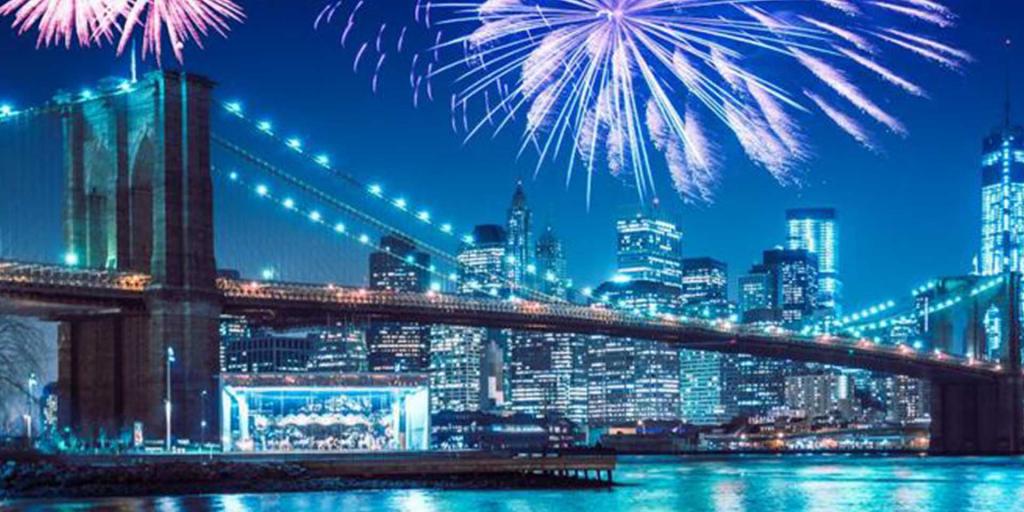 A unique way to see the fireworks on the 4th of July is to watch them from the water! There are several cruises that have made it their mission to provide the perfect experience. Instead of storming into the crowds on the streets, you can enjoy a much more relaxing 4th of July evening. The night cruise offers you amazing views of New York’s skyline, food, beverages and most importantly, unobstructed views of the fireworks! For these reasons, firework cruises are much sought after by tourists and locals alike. There’s no need to worry about getting somewhere extremely early or fighting to get a good spot before waiting an eternity for the fireworks are launched. One of the most popular cruises is the 4th of July Evening Cruise by Circle Line, but you can find the best fireworks cruise for you with the help of our more detailed comparison of the best 4th of July cruises in New York this year.

3. Have a BBQ in New York’s most beautiful parks 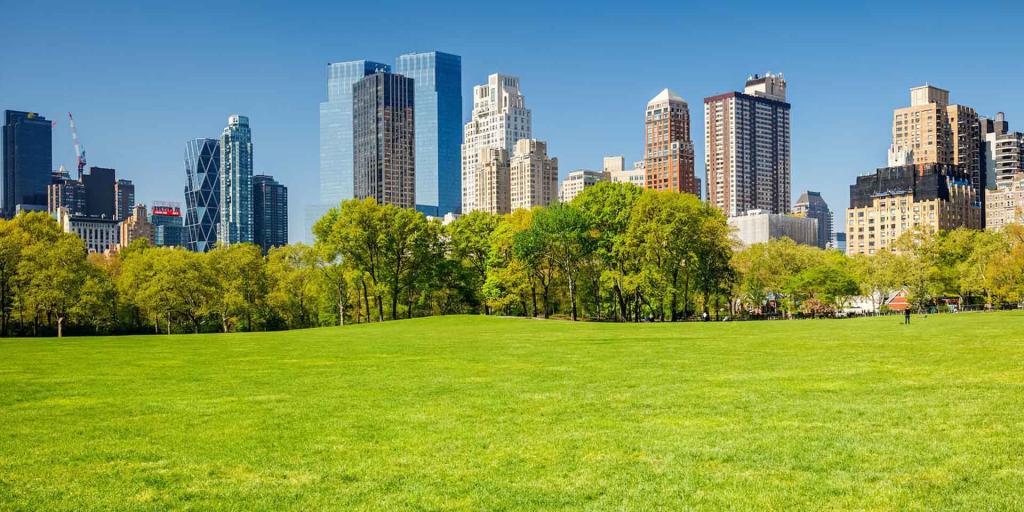 What’s more typical than enjoying the 4th of July by having a BBQ (or picnic) in a park? Lucky for you, New York City is home to numerous, beautiful parks that let you escape the bustling city life. For you, that means sunshine, super delicious food and a splendid time! If you still want to be around people, head to Sheep Meadow in Central Park to join many others having their barbecues. This is your chance! Grilling and barbecuing in Central Park is only allowed 3 days a year: on Memorial Day, the July 4th and Labor Day. Just note that the use of propane gas is strictly prohibited!

If you are only visiting New York and looking to buy a reasonably priced grill, you should head to Best Buy. You can get a small, portable grill for about 35 bucks. Everything you want to put onto the grill can be bought at the supermarket, for example, Whole Foods. You will find the closest Whole Foods to Sheep Meadows at 10 Columbus Circle.

4. Enjoy the day at the beach 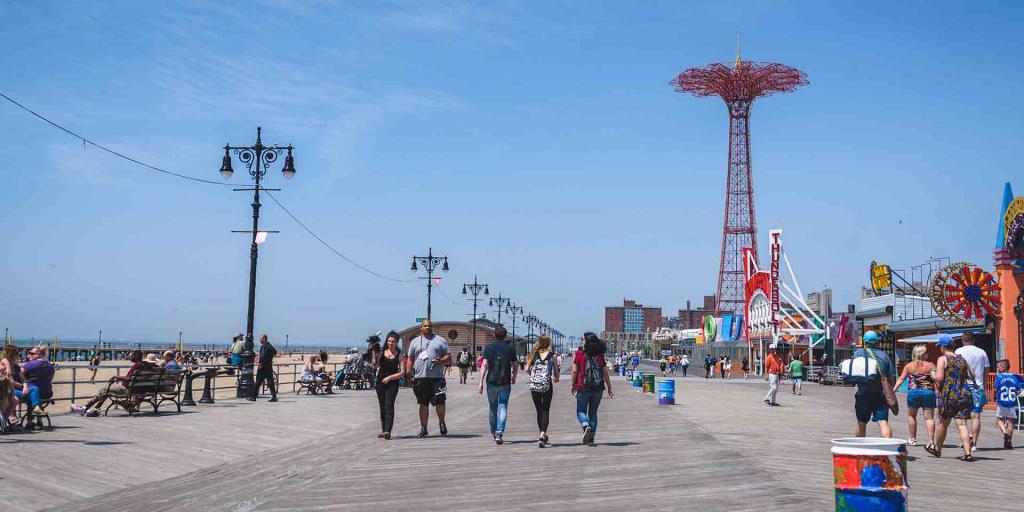 To escape the bustling city life, even more, you should head to the beach as most New Yorkers do! Manhattan will soon have its first beach at Hudson River Park. Until then, and because of New York’s murky waters, the best option is to ride the subway to Coney Island. Besides just swimming, sunbathing and relaxing at the beach, you can also spend some time at Luna Park or watch the annual Hot Dog Eating Contest at Nathan’s Famous (jump to more info). Especially if you are traveling as a family, spending the 4th of July in NYC at the beach may be the preferred option for your kids! 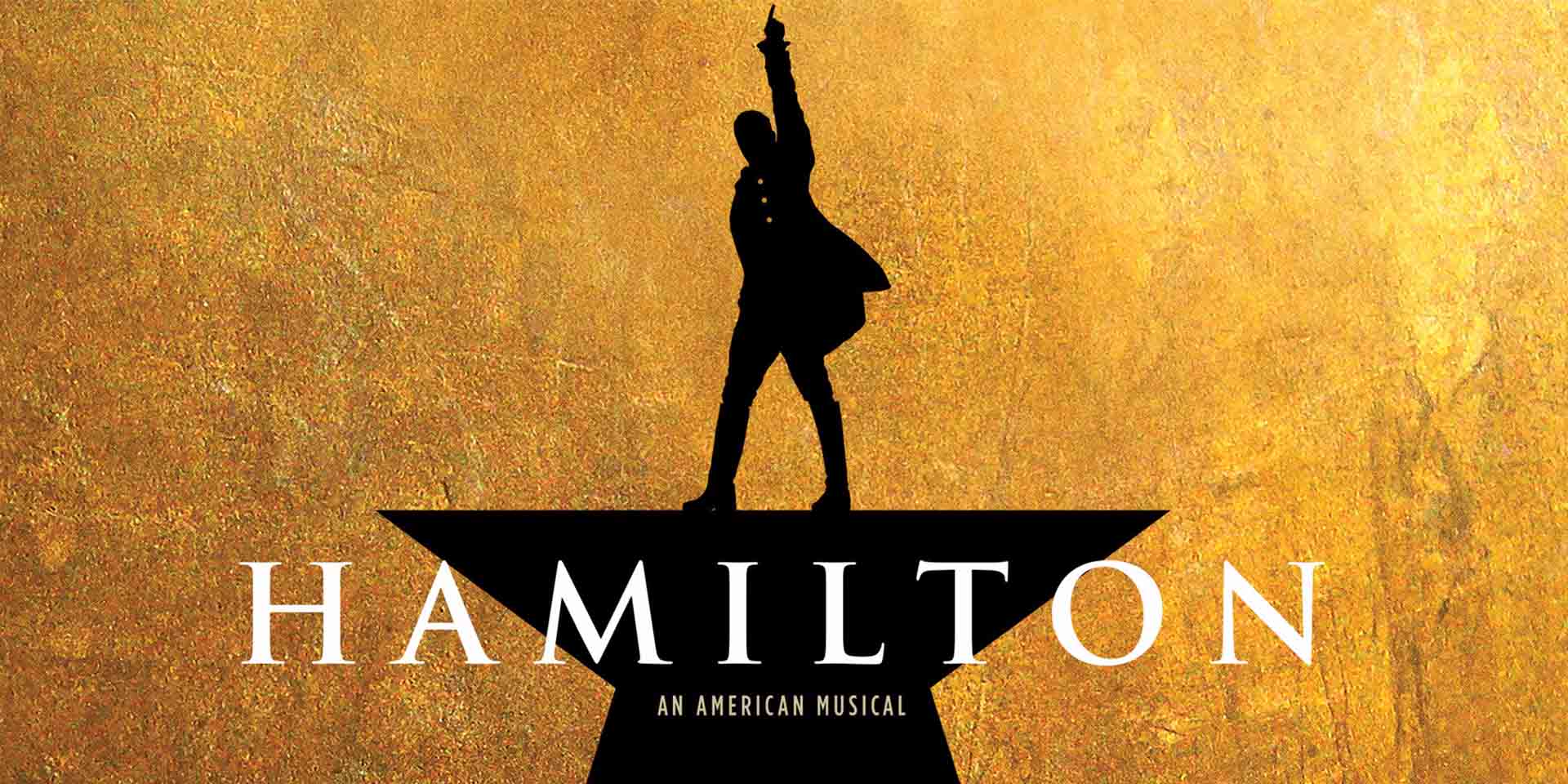 If you still haven’t watched Hamilton on Broadway, then the 4th of July would be a perfect time! The musical tells the story about founding-father and the nations’ first treasury secretary Alexander Hamilton, who played a crucial role in the American Revolution and finally achieving independence from the British in 1776. Celebrate the nation’s birth by reviving a piece of history. Go book your tickets and “raise a glass to freedom”! 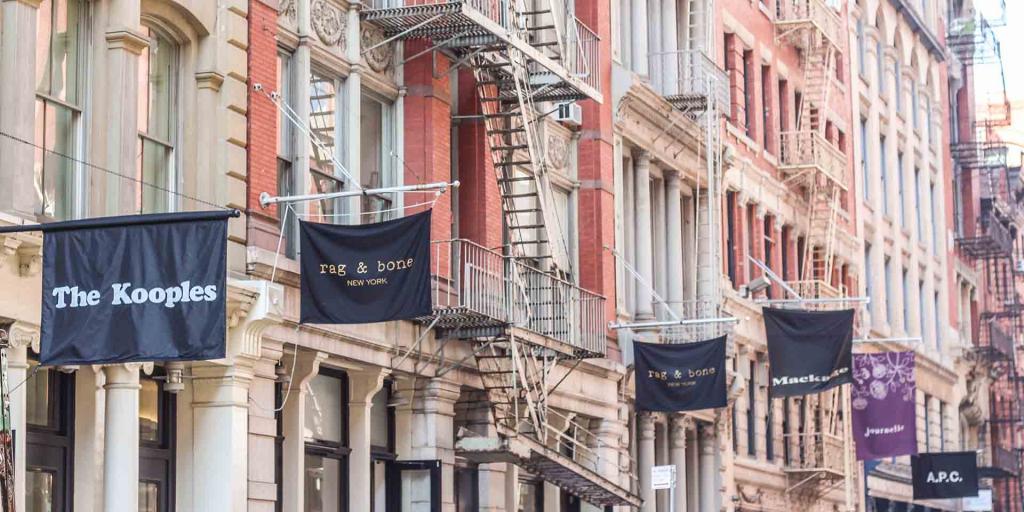 As many people will leave town to go to the beach on the 4th of July in NYC, you could take advantage of that and have a great day of shopping! Stores will be open as usual, meaning that the only difference will be smaller crowds! You have plenty of options in Manhattan if you prefer to stay local. Our Ultimate Shopping Guide will help you explore the best shopping spots in the city. Another option would be to take a bus to an outlet. There are two outlets in proximity to New York City: The Mills at Jersey Gardens in Elizabeth, New Jersey or the Woodbury Common Premium Outlets in Central Valley, New York. You can easily be back in time for the fireworks in the evening!

1. The 4th of July fireworks 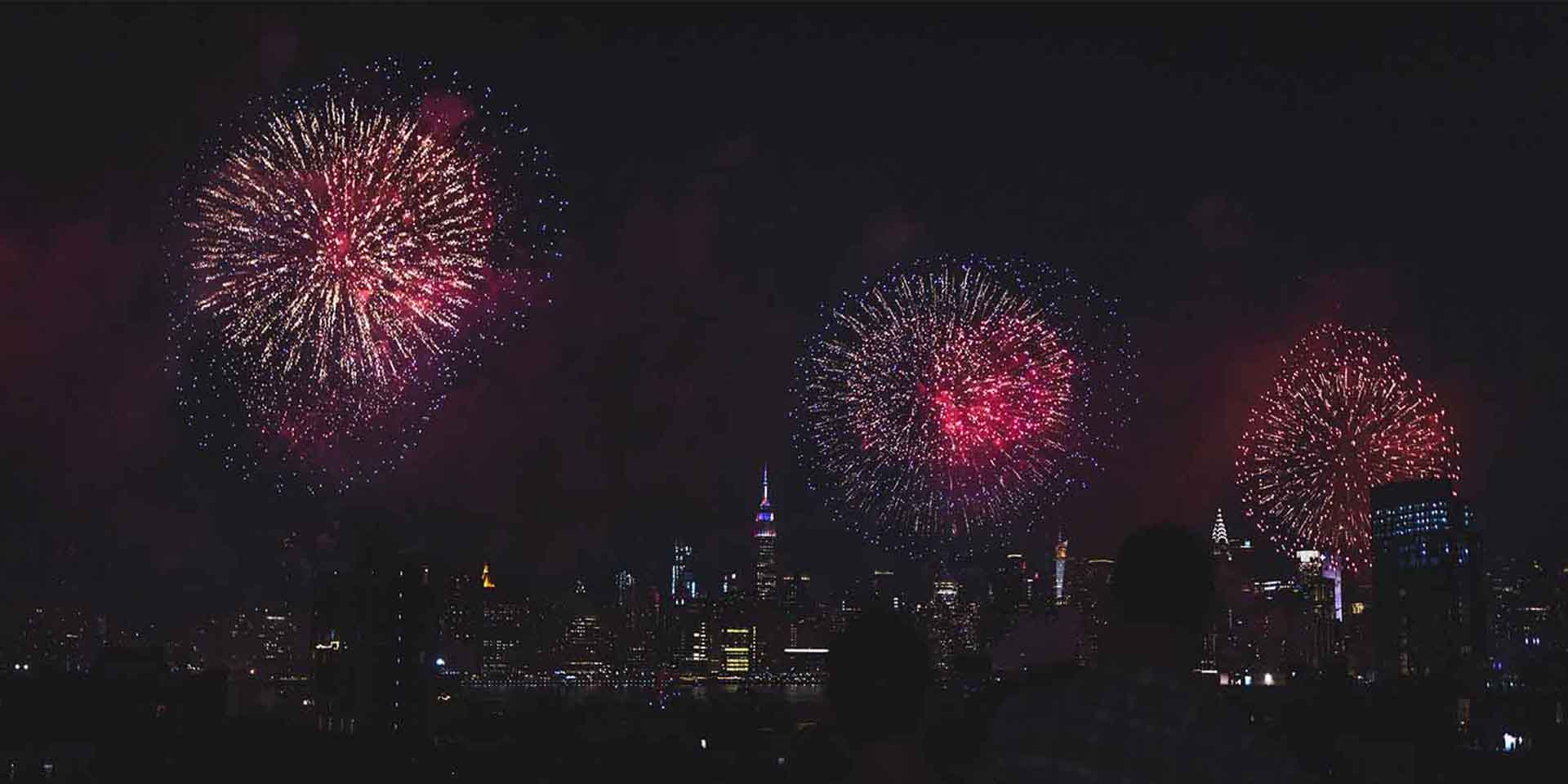 When do the July 4th fireworks start?
The fireworks show starts around 9:20 pm while public viewing starts at 6 pm.

How long are the 4th of July fireworks in NYC?
The fireworks typically last for about 30 minutes and are over by 10 pm.

Where are the best places to see the 4th of July Fireworks in NYC?

You’ll most likely have the best views from:

If you’re planning to go to a public viewing area, note that, typically, backpacks are permitted but coolers, lounge chairs, blankets, and umbrellas are not. Should you not be able to be in the city to see the fireworks, then be sure to turn on NBC at 8 pm to see the live broadcasting. 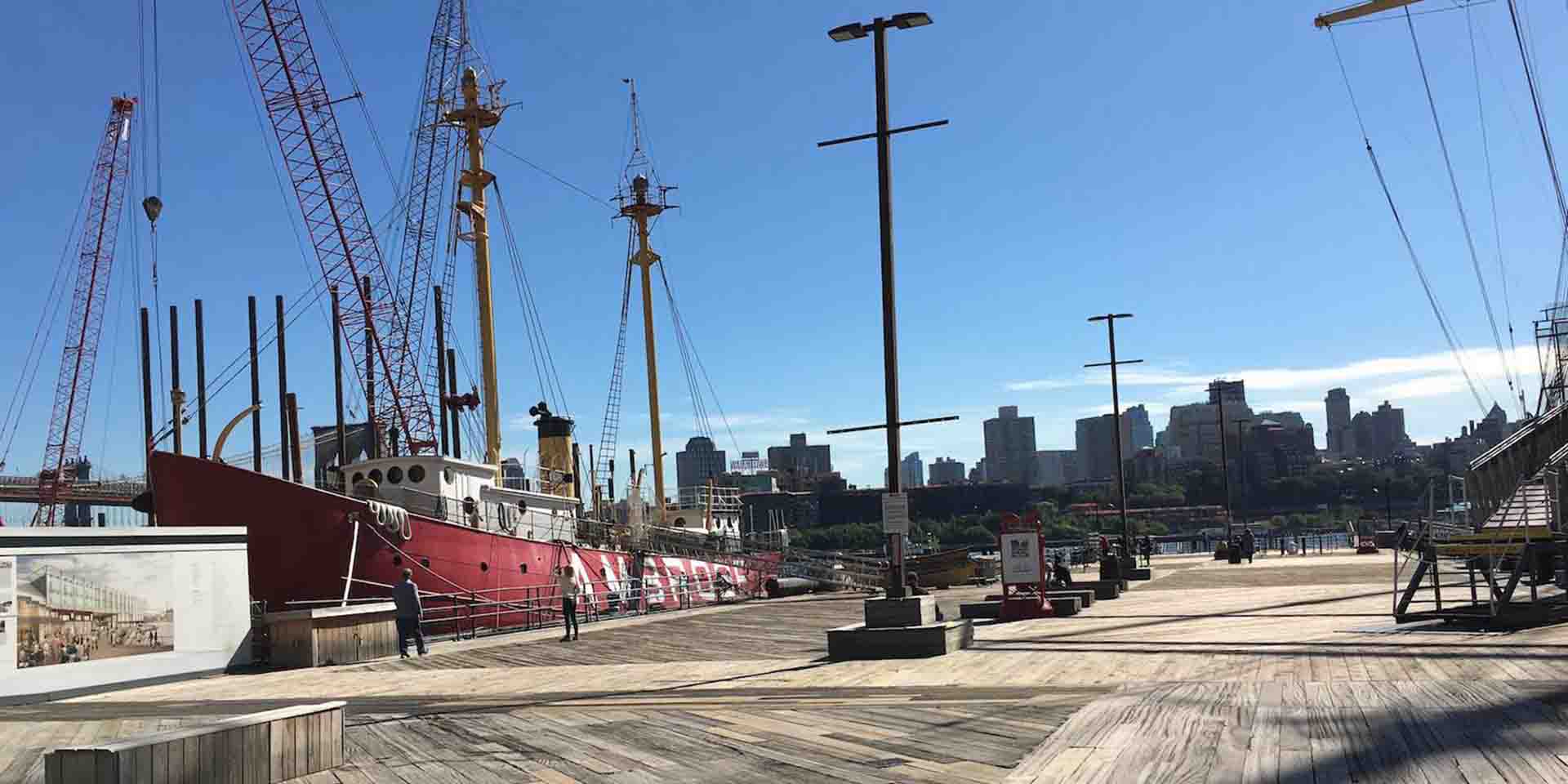 You can celebrate the 4th of July in NYC at the 5th annual Freedom Fest 2019 at Watermark. It’s located at Pier 15 at New York’s increasingly popular South Street Seaport. It’s a family friendly event for all ages. They offer a dinner buffet and a DJ if you’d like to dance the night away. The best part of the celebration at South Street Seaport though is that you will also have great views of the 4th of July fireworks from the pier! You can find all the relevant details on FreedomFestNYC.com. 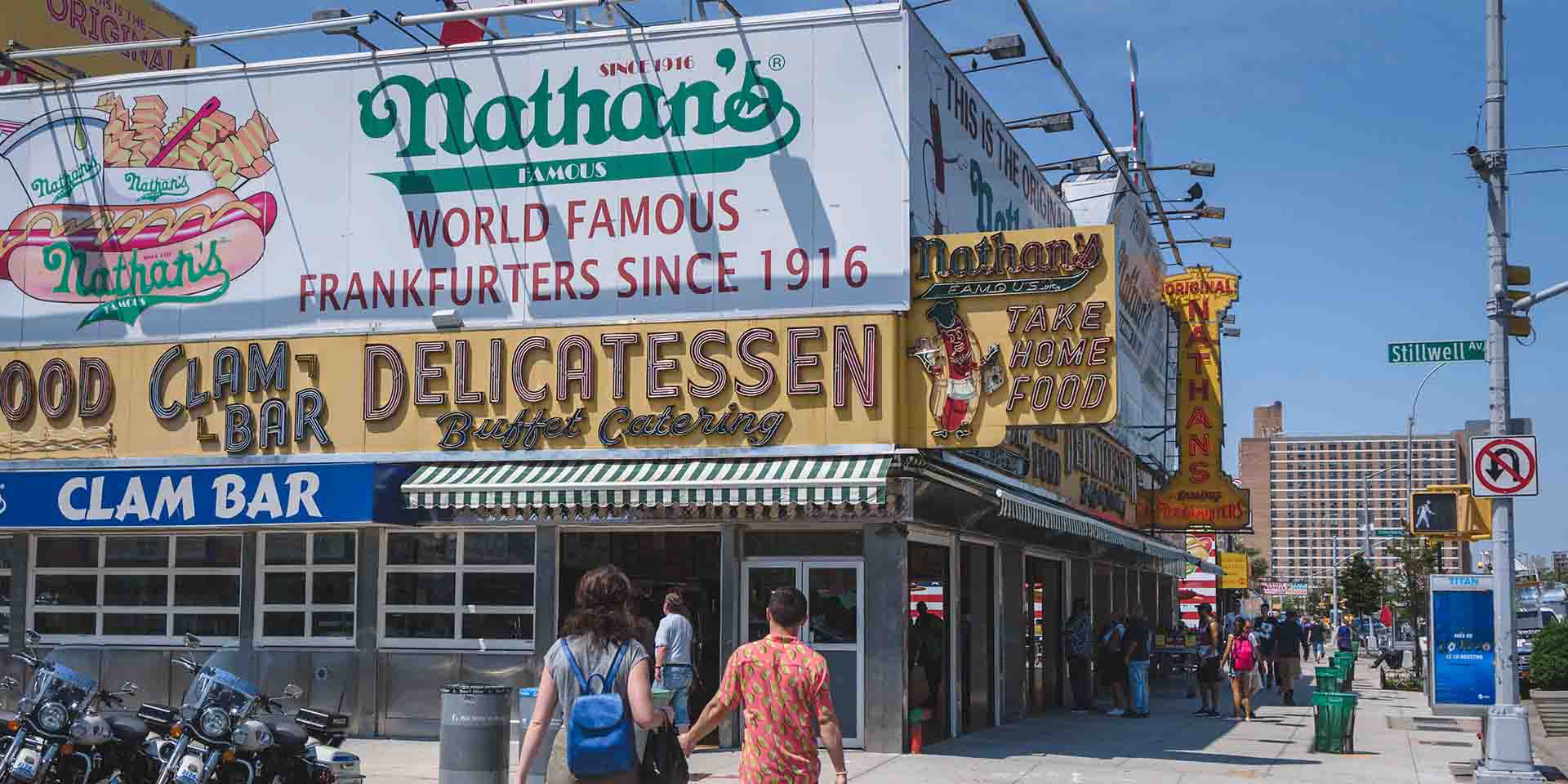 As we mentioned in our best things to do on the 4th of July in NYC, one of the best ways to spend it is at the beach! While you’re there, be sure not to miss the Nathan’s Famous Hot Dog Eating Contest – an annual tradition on Independence Day since 1972. The challenge is to eat as many hot dogs as you can in just 10 minutes! The current record is held by Joey Chestnut at 73 whopping hot dogs! The 73 hot dogs have earned him the bejeweled mustard-yellow belt. The women’s record is held by Miki Sudo with 37 hot dogs!

There are no tickets needed, so just stop by on time! If you are late, chances are you won’t get to see the contestants. About 30,000 people come to watch the preselected, competitive eaters every year. There are some jumbo screens, however, so you won’t miss the contest completely. It will also be live streamed on ESPN if you’d like to follow the contest from your hotel room. For more info visit NathanFamous.com 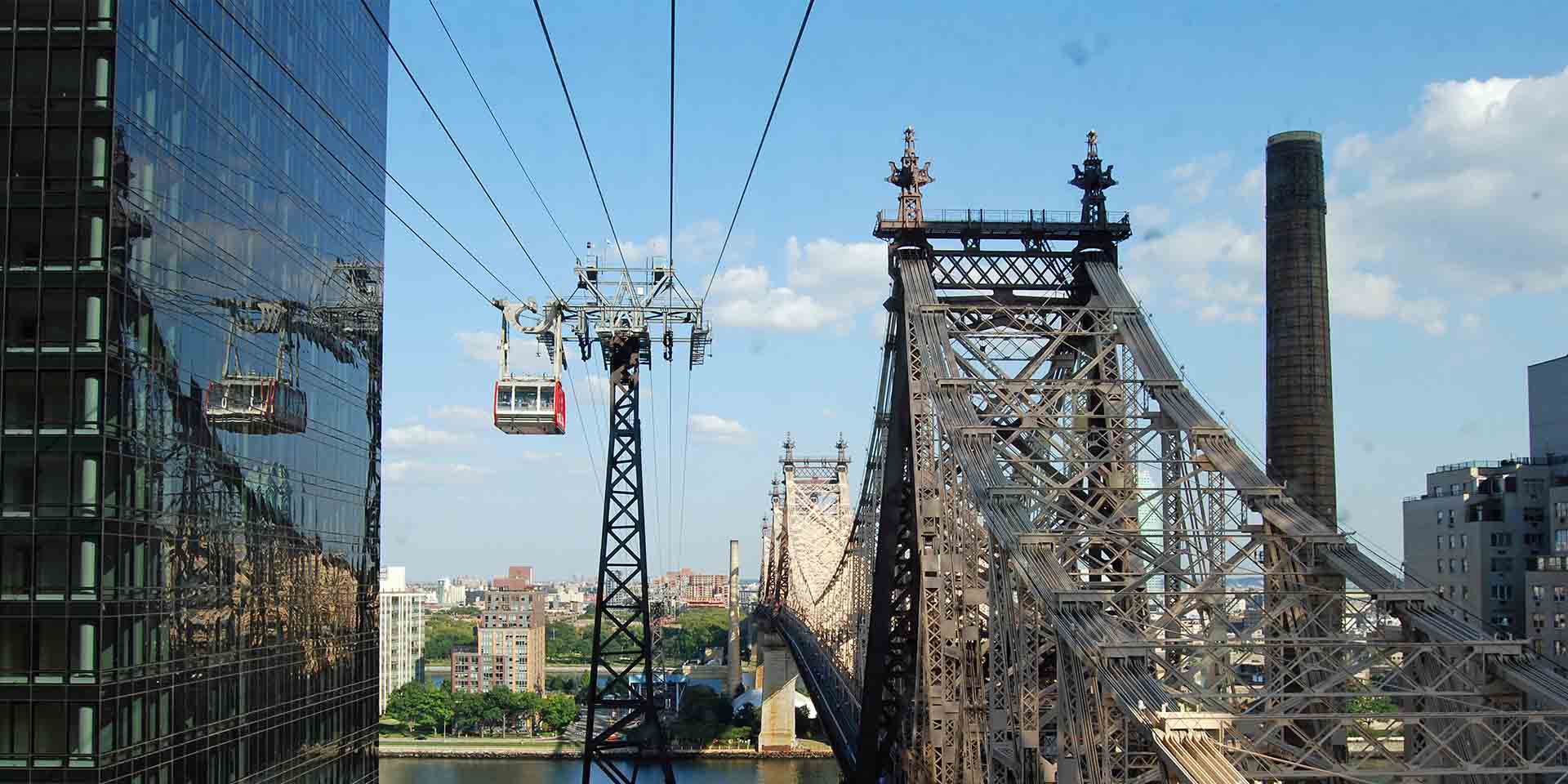 Roosevelt Island is hosting an annual 4th of July celebration, especially suited for families. There are tons of activities and an extensive entertainment program for big and small, including bouncy houses and food.

Attending the event is free, but as availability is limited to 2,500, tickets are required. You can claim free tickets online. They will be released on rioc.ny.gov in June. Another great thing about the celebration on Roosevelt Island is that you can get there by the basically free Roosevelt Island Tramway, which is a great New York experience in itself. It’s included in your MetroCard when you own an unlimited pass so you won’t have to pay extra.

5. 4th of July parties throughout the city 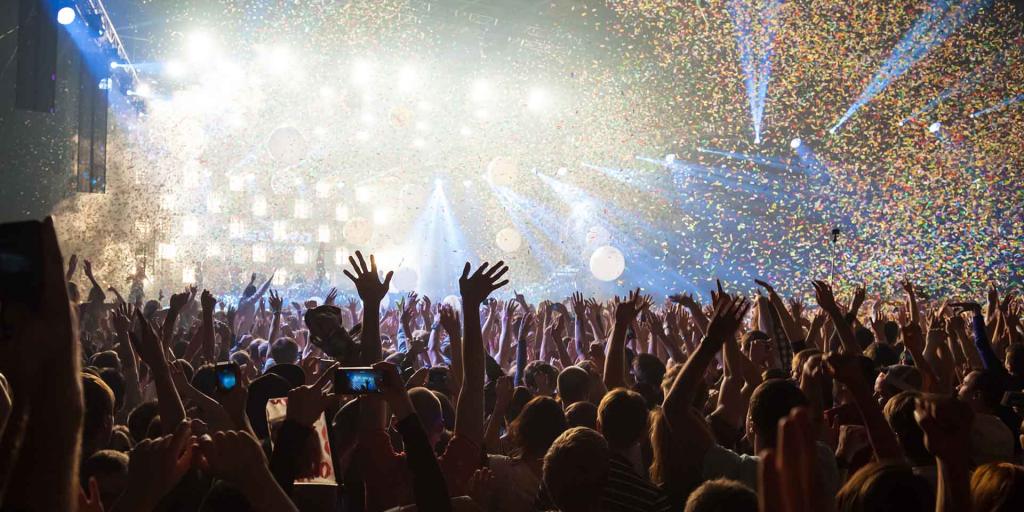 What’s Open on the 4th of July in NYC?

What attractions are open on July 4th?

Most tourist attractions in New York are not affected by the 4th of July. Major attractions, such as the Empire State Building, Top of the Rock, One World Observatory, the Statue of Liberty, Hop-on Hop-off Buses, the American Museum of Natural History, the Met, the MoMA and many more are operating as usual. Only government buildings will stay shut on the national holiday, including the New York Public Library.

Is New York’s public transportation affected by the 4th of July?

The MTA will run a weekend schedule on the 4th of July, meaning that you can still use New York subways and buses as usual. Additionally, as part of the NYPC Security Plan, you should prepare for some street closures from 3 pm that will affect the area where the fireworks are launched.

Are stores open on the 4th of July?

Although most people are enjoying a day off on the 4th of July, everything except post offices, banks, and the stock market will stay open. Nevertheless, you should inform yourself about the adjusted hours on the 4th of July, as some stores may open late or close early. [Souce: loving-newyork.com ]

Ropeless Elevator Can Move Up, Down, And Sideways
Why Invest In New York