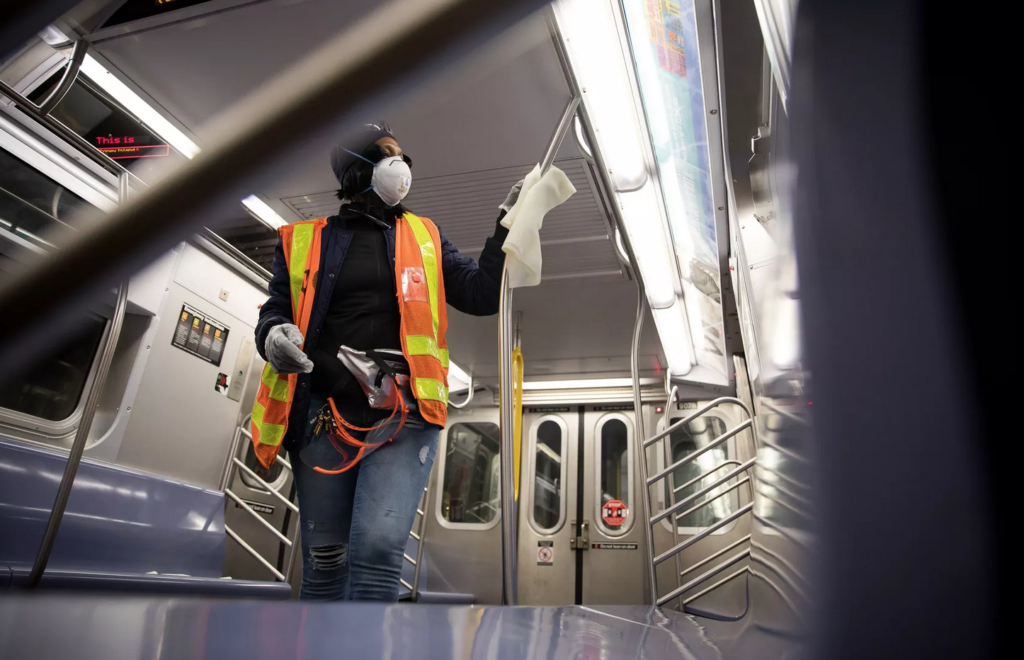 The New York City subway has run round-the-clock since the day it opened in 1904. The subterranean mainstay, a symbol of the city’s tireless energy, has survived terrorist attacks, blackouts, and hurricanes. But since the COVID-19 pandemic began, ridership has plunged more than 90 percent and thousands of sick workers have hobbled the MTA’s ability to run service as officials scramble to disinfect the sprawling system. [Source: Curbed]

Now, for the first time in the MTA’s history, officials are halting regularly scheduled overnight service. In April, Gov. Andrew Cuomo announced that the MTA is suspending trains between 1 and 5 a.m. for the foreseeable future in an effort to deep clean the system every 24 hours. The unprecedented disruption began on May 6, with free, alternative transit made available for essential workers traveling in the early morning hours.

“We’ve never been here before,” Cuomo said while announcing the change. “This is going to be one of the most aggressive, creative, challenging undertakings that the MTA has done.”

Under the mandate, all of the city’s 472 subway stations will be exit-only at night, and homeless New Yorkers who take refuge in the trains will be removed by police ahead of the nightly shutdown. In that four hour window when the subway is closed, transit crews will pilot high tech disinfecting strategies, including antimicrobial agents, electrostatic disinfectants, and ultraviolet radiation, while rapidly expanding overnight bus service and offering free taxi and for-hire vehicle trips so essential workers aren’t left in the lurch.

“We have your back and we will get you to work,” said Patrick Foye, the CEO of the MTA who says the closure will allow for a “never-before-seen level” of subway cleanings. “Unprecedented times call for unprecedented action.”

Whether you’re an essential worker trying to navigate the city sans subway, or a straphanger wondering what these changes mean for the system in its eventually recovery from COVID-19, read on for what you need to know about the subway’s overnight shutdown.

In a nutshell: The service cuts are designed to facilitate subway disinfection. As Sarah Feinberg, interim president of the New York City Transportation Authority, puts it, “it gives us the ability to hit absolutely everything.”

Prior to the shutdown, workers were only disinfecting train cars once every 72 hours. But as of May 6, more than 700 cleaners will disinfect trains, stations, and equipment without working around passengers and homeless New Yorkers. The shutdown, Feinberg says, also allows the MTA to experiment with new cleaning tools designed to instill confidence in New Yorkers that the system will be safe to ride once the pandemic subsidies.

How do I get around overnight if I’m an essential worker?

If you’re one of the roughly 11,000 riders who have regularly traveled on the subway between 1 and 5 a.m. in recent weeks, you have a few options: The MTA has expanded overnight bus service with an additional 1,168 bus trips on 61 routes, which requires 344 bus operators to work overtime shifts. Overnight buses will not charge a fare while the subway is closed, expanding on a decision in March to no longer require a fee on local lines.

Beefed up bus routes were selected using ridership data and in consultation with elected officials, healthcare providers, and other essential industries, according to Acting President of the MTA Bus Company, Craig Cipriano. Enhanced local buses are running every 20 minutes while express buses are rolling out in 30 minute intervals, says Cipirano.

The MTA saw a 76 percent jump in overnight bus ridership for the first early morning closure, with some 14,500 people traveling on buses at no cost between 1 a.m. and 5 a.m.

But a bus won’t be feasible for all early morning commuters. Where a journey by bus is “unreasonable”—what the MTA defines as a more than an hour and 20 minute trip or more than two bus transfers—riders can register for the MTA’s Essential Connector program and call 511 to schedule a free taxi or for-hire vehicle trip. The MTA is offering one free car ride per night, down from the two rides the agency initially said would be available.

But what if I’m not an essential worker?

If you have an emergency and suddenly need to travel in the middle of the night, bus service will be your best bet. But if you’re traveling from or to a location where buses won’t cut it, you will also be eligible for a free car ride by calling 511, according to the MTA.

How will this affect homeless New Yorkers sheltering in the subway?

As subway ridership has plummeted, the city’s homeless population has become more visible on the system, with some seeking shelter in trains and stations rather than in packed shelters that have become a breeding ground for COVID-19.

The decision to halt overnight service comes as the city and state face criticism for their handling of homeless New Yorkers sheltering on the subway. Only a day before the service change was announced, the MTA unveiled new measures intended to deter unsheltered people from spending the night in subway stations (banning shopping carts and stays in stations for longer than an hour, for instance).

The mayor, governor, and transit officials have framed the closure as a move that protects both essential workers and public health while also enabling more homeless individuals to receive assistance. A small army of MTA and NYPD officers, along with outreach workers, are swarming the system nightly to enforce the closure and shepherd homeless New Yorkers out of system. Out of 361 homeless individuals, 218 of them took the city up on its offer for shelter Thursday morning (though outreach workers say it’s a challenge to actually transport people to shelters with the shutdown in affect).

“Some people may return but we’ll be back every night offering that helping hand to bring them off the streets,” Steven Banks, the commissioner of the city’s Human Resources Administration, told reporters at a recent press conference.

But the shutdown has forced many onto the city’s streets, and advocates fear the overnight closures will further jeopardize the health of vulnerable New Yorkers. Advocacy groups have called on the city to provide hotel rooms to the city’s thousands of unsheltered residents—the city has already placed thousands of homeless New Yorkers in hotel rooms.

“Homeless New Yorkers are sleeping on the subway because the city and state—nearly two months into this crisis—are steadfastly refusing to offer them somewhere better to go,” said Giselle Routhier, policy director at the Coalition for the Homeless. “Punitively closing the subways and sending in more police will only make things worse.”

When will overnight subway service be restored?

MTA officials remain unsure of how long these service cuts will last. They also don’t have a clear metric to determine when 24/7 service will resume. But however that decision is made, it will be Cuomo’s call to make, Foye said at a press conference on the closure.

“I’m not going to get into the business of describing the metrics. We’re not public health people, we’re not epidemiologists,” said Foye. “The governor will determine when steps are taken in New York State, including downstate, including with respect to the MTA.”

Cuomo has vaguely vowed that service will resume “when the pandemic is not problematic.” Many transit advocates say they understand the need to figure out how to disinfect the subway, but worry that the service cut could be lasting and have urged state officials to outline a specific plan to eventually bring round-the-clock service back on track.

“The governor should announce specific milestones that will trigger the resumption of overnight service,” said David Bragdon, executive director of TransitCenter, a transportation advocacy group. “The criteria announced by the M.T.A. were much too vague. Riders need more assurance that this is a temporary measure.” [Source: Curbed] 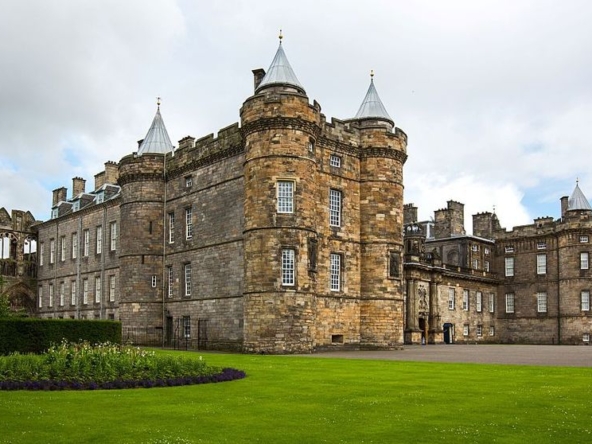 In true royal fashion, Queen Elizabeth II has a home for just about every...
Continue reading
by admin 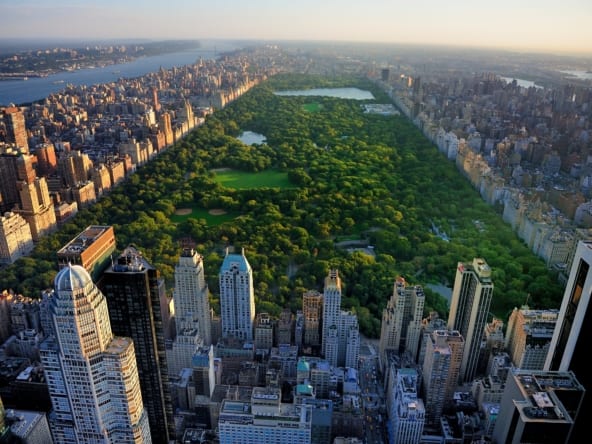 New York has been booted from the upper echelons of the U.S. real estate market. A casualty of...
Continue reading
by admin